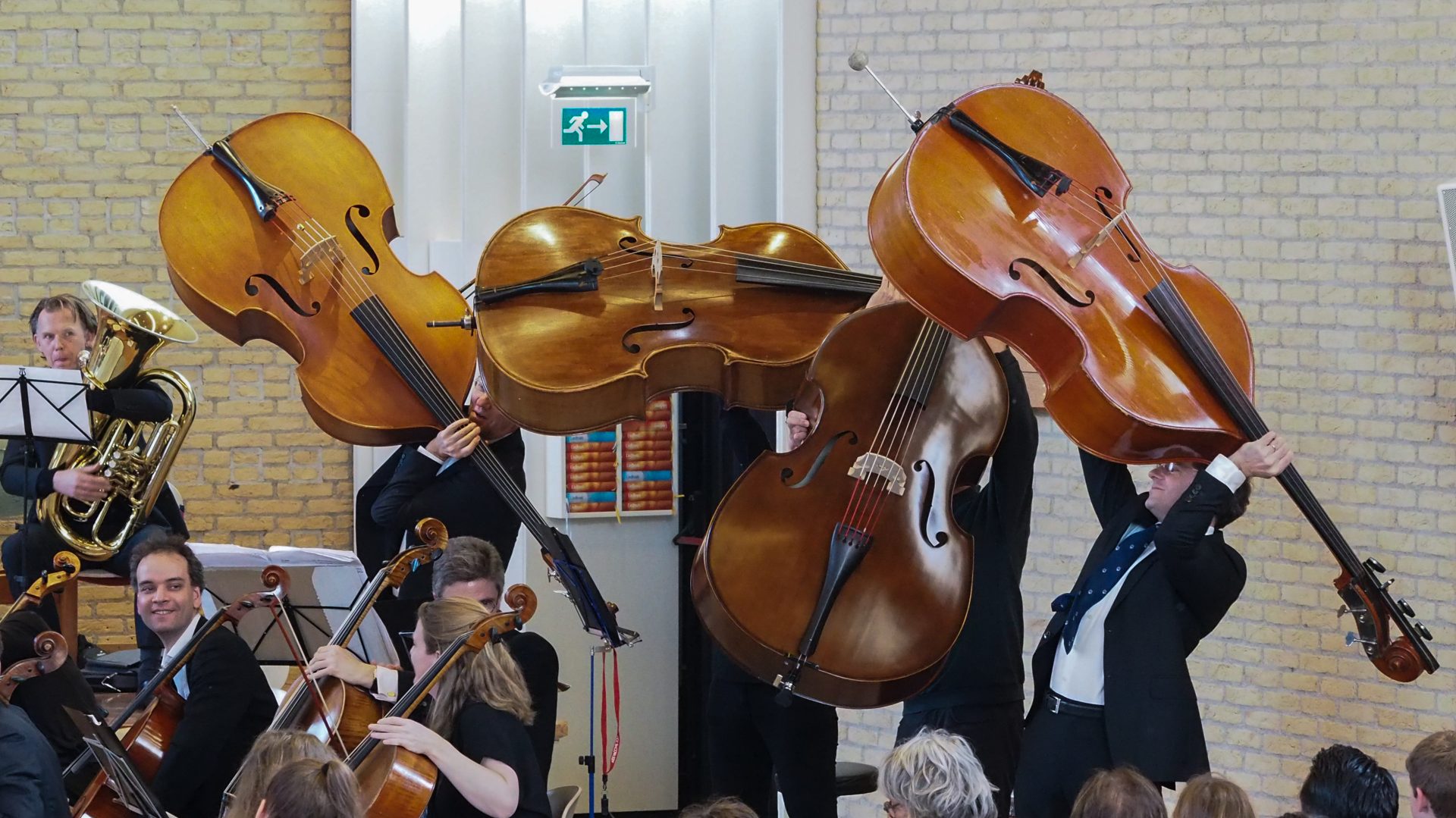 VOYAGE TO CREATION: A TRAVEL GUIDE

Although I think that a work of art should be self-explanatory, I still think it is interesting to have a guide for all the background, explicit and implicit meanings and elements of the piece, textually and musically. The basic idea is simple: a setting of the Biblical creation story (sung by the choir) combined with texts from Darwin’s The Voyage of the Beagle (sung by a baritone soloist). Although the subject is so comprehensive and the structure monumental; it has also become a journey through my record collection, my musical universe, where you may sometimes encounter complicated contrapuntal techniques, but more often film music-like sonorities, quotes or style quotes ranging from The Planets by Holst and Disney’s Jungle Book, to the work of Adams or Ligety, or even a Shanty.

The idea for writing this work arose after an anecdote: As a conductor I studied Haydn’s Die Schöpfung with an orchestra. After the “Vorstellung des Chaos” with which the work begins, the text “Und es war LICHT” follows a radiant, overwhelming C major chord, an epiphany of sound. I referred to this moment as “the big bang”. This to the unspeakable fury of one of the violinists, from Rijssen, from an orthodox Christian environment.

So even in the twenty-first century, in the Netherlands, the ‘mixing’ of both world views can still lead to anger and indignation. My vision is that both worldviews can go together and do not exclude each other. If religion were willing not to take the holy books to the letter and science would be willing not to ridicule all metaphysics immediately. On both sides, the inability to acknowledge the other in this, in my opinion, is ultimately based on a lack of imagination, a lack of poetry in the contemplation of the world. On the one hand a lack of imagination to see (by taking it literally) the poetic, metaphorical power of the biblical creation story, and on the other hand a lack of imagination to recognize that there is more to mankind than just the empirically observable.

My original intention was therefore mainly to write a piece that tries to combine both visions. But while working on the ‘libretto’ (especially making a choice from the work of Darwin), a much more confrontational element turned up: Again and again, man is told to “rule over the fish of the sea, over the birds in the sky, the cattle, over all the earth “. It can be argued that this also implies a ‘duty of care’, but the way in which humanity has often put this ‘assignment’ into practice and, often with the Bible in hand, now threatens our survival. In my opinion it is impossible today to take up this matter and ignore this. In his travel report from 1831-1836, Darwin already describes the sometimes disastrous consequences of human intervention in nature.

Before I started the piece, I had to overcome one very big problem: And God said: “Let there be light”: that had to be the most explosive, ultimate moment in the whole piece. But if I were to slavishly follow the Bible, that moment would almost come at the beginning, and with that I would immediately throw away all my compositional architecture. Therefore, I do not start at the very beginning of the Bible, but saved it for an Epilogue. If you interpret this moment from the Bible, like me, as a prophetic preview of our current knowledge about the beginning of everything, the Big Bang, then Darwin as a ‘sounding board’ is no longer sufficient, and instead I call for help by astrophysicist Stephen Hawking and a recording of his famous synthetic voice. This makes this freedom dramatically correct with respect to the Bible, and the first and last chorus text is now the same. That does not suggest a linear narrative, but rather a cycle, a journey around the World, which ends where it started.